Transform your smile in just a matter of months with discreet Six Month Smiles cosmetic braces from Diana Dental, Stoke on Trent.

Six Month Smiles is a revolutionary orthodontic system that uses ultra-clear brackets and tooth coloured wires to gently straighten the most visible teeth.

This impressive solution to crooked teeth is faster, less visible and more comfortable than traditional braces, leaving you with a fabulous smile in around four to nine months.

Fast, clear braces for adults
More and more adults are opting for orthodontic treatment. Some people are put off by the length of time they assume orthodontic treatment takes and many think they will have to have teeth taken out – but that’s not the case with Six Month Smiles.

Six Month Smiles treatment is straightforward, low visibility and ideal for improving the symmetry of the teeth, rounding out arches, improving overbite, alleviating crowding and improving gum levels. Once a month you will visit us to have new tooth-coloured wires and elastics, and to make sure your teeth are moving as they should.

Diana Dental offers interest free credit over 6, 10 or 12 months for treatments above ￡350.

We are delighted to offer you free tooth lightening worth £225 when you sign up to our Six Month Smile treatment! Is a straighter, whiter smile something that you would be interested in?

One of Our Six Month Smiles Patients, Bernadette 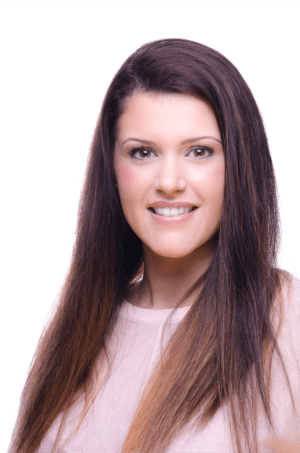 I visited Diana Dental for an initial consultation in March 2014 as I was seeking treatment to correct my upper and lower front teeth that had become misaligned over many years.

I wanted any treatment to resolve this problem in the shortest time possible and with as little discomfort. Also, I didn’t want it to be too noticeable as I was very self conscious about how any braces would look in my mouth. My initial thoughts were to have Invisalign treatment, but Zoe said it would take up to 2 years to complete. Zoe explained the options clearly and told me the likelihood of success for each option.

She said that Six Month Smiles was my best option as it was quicker, unobtrusive, reliable and discrete as it offered clear coloured braces. Although six months wasn’t guaranteed, but an average time to complete treatment, it was exactly what I wanted to hear.

I started the treatment in May 2014. Initially, the progress was slow, but with Zoes experience and some slight changes to treatment, fantastic improvement could be seen after three months.

Treatment was completed in the middle of December 2014, taking exactly 7 months.

I am very pleased with the outcome and the treatment has been a complete success. I found Zoe and her team at Diana Dental to be informative, understanding, straight talking and professional without being “pushy”. I would recommend Diana Dental to anyone thinking of undergoing treatment like mine. 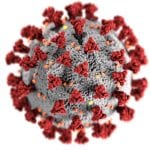 Due to Covid-19 I have taken the really difficult decision to temporarily shut the practice. I have done this as I feel it is the socially responsible thing to do to help in preventing the spread of this virus.

I will personally be triaging anyone who has a dental emergency during the period of closure and I will see patients of Diana Dental who require emergency treatment, as I feel is appropriate. The telephone lines will be answered 9am-5pm 01782 205003.

As a small business I hope our patients will understand the decision I have had to make, I feel I am doing it in the interest of patient safety. Once we are able to safely reopen I’m sure we will all be putting in the extra hours to look after you.

Please stay safe and take notice of the importance of social distancing.

We will keep you informed as best as we can.

Why not follow us on social media to keep up to date with all our news, exciting announcements and offers?